The Side Effects of Green Tea During Pregnancy 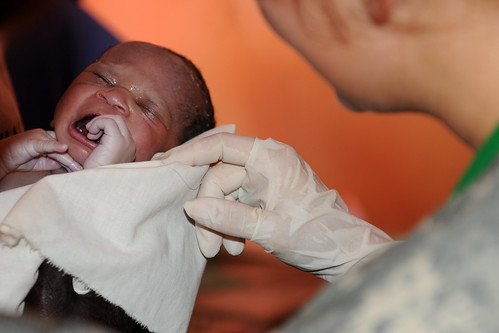 The Side Effects of Green Tea During Pregnancy

It is very important to monitor the health of pregnant women to ensure the health of the mother and the baby. Some expectant mothers are quite anxious because of the various changes that take place in their bodies. Doctors often recommend a diet regimen for pregnant mothers and if you’re among those pregnant women out there, you should be extra careful with your food intake to avoid any problems or complications.

According to some studies, drinking too much green tea during pregnancy is not good. Why is that? Well, doctors and researchers were able to prove that green tea contains caffeine. Caffeine intake is discouraged during pregnancy because of certain side effects.

Despite the many health benefits of green tea which includes preventing cancer, improving the heart’s health, boosting the immune system, aids digestion, lowers cholesterol, dental health, lowers the level of blood sugar, and many others, it is not advisable to drink green tea when you’re pregnant.

Studies have proven that green tea contains EGCG or epigallocatechin which affects the use of folate in the body. Folate is very important during pregnancy because it can help in preventing birth defects in the neural tube. EGCG becomes harmful in pregnancy because it resembles the structure of methotrexate. The latter can get rid of cancer cells by bonding an enzyme called DHFR or dihydrofolate reductase.

The folate pathway contains these enzymes and since the EGCG is similar to methotrexate, it also binds with the enzyme and when this happens, the enzyme is inactivated. Once the enzymes are inactivated, the body can’t use folate effectively. There haven’t been any conclusive studies that show how much green tea a pregnant woman should consume or how much folate can be affected.

Some doctors recommend pregnant women to drink a moderate amount of tea as well as coffee. If you’re still unaware, green tea also contains caffeine and when you’re pregnant, it’s not good to drink a lot of beverages that contain caffeine. So if you want to be extra sure, don’t forget to ask your doctor next time you have an appointment. Always keep in mind that your health and that of your baby is of great importance.

Besides, there are already studies that prove caffeine to cause miscarriage and lower birth weight among babies. Drinking around six cups of coffee per day can definitely affect your baby’s weight at birth. If you don’t want your baby to suffer, you can have a cup of coffee a day or if you want, you can just stop drinking coffee. The caffeine content in green tea is lower than that of coffee and so you can drink more than one cup; but as said earlier, ask your doctor about it first.

Pregnancy will only take nine months and so you need to enjoy it. Even if you experience a lot of body changes, just think that you will rejoice the day your precious baby comes. If you can avoid drinking caffeinated drinks, then try to stay away from them.

Although the health benefits of green tea are remarkable, it does contain caffeine and no study has yet established the right amount of green tea intake especially among pregnant women. If you’re not pregnant and you don’t have any problems related to caffeine intake, then you can drink as many cups of tea as you like. Right now, be careful in drinking green tea; perhaps you can settle for a small cup every other day just to satisfy your thirst for it.
When you feel anything abnormal, seek the help of your doctor at once. Besides, it’s just going to be for nine months, and after that, you can resume in drinking tea again. Aside from not taking caffeinated drinks, you’re also not allowed to take just any kind of medicine because it can be harmful to your baby.

It goes without saying always think of your baby’s safety before you do anything.