Side Effects of Herbal Tea 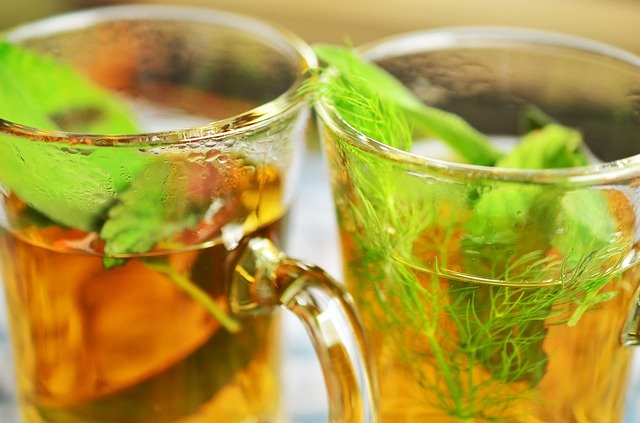 Side Effects of Herbal Tea

Wouldn’t be right of me to talk about the virtues of herbal tea drinking without looking at what the possible side effects are, especially in the amounts the experts are telling us we should drink it in order to maximize the benefits (3-6 cups a day).
Side effect of Green Tea:
• Although rare, allergic reactions to green tea may occur. Stop taking green tea and seek emergency medical attention if you experience symptoms of a serious allergic reaction including difficulty breathing; closing of your throat; swelling of your lips, tongue, or face; or hives.
• Heavy and prolonged consumption of green tea may be associated with esophageal cancer.
• Other less serious side effects have also been reported with the use of green tea. Talk to your doctor or health care provider if you experience
· heartburn;
· upset stomach;
· loss of appetite;
· constipation or diarrhea;
· nervousness, irritability, or anxiety;
· sleeplessness;
· irregular heartbeats; or
· headache.
• Side effects other than those listed here may also occur. Talk to your doctor about any side effect that seems unusual or that is especially bothersome.
• Do not use green tea without first talking to your doctor if you are taking a blood thinner such as warfarin (Coumadin).
• Interactions between green tea and other prescription or over-the-counter medicines or herbal/ health supplements may also occur. Talk to your doctor, pharmacist, or health care professional before taking green tea if you are taking any other medicines or supplements.
Side Effects of Black Tea:
Studies of the side effects of black tea specifically are limited. However, black tea is a source of caffeine, for which multiple reactions are reported.
Caffeine is a stimulant of the central nervous system, and may cause insomnia in adults, children, and infants (including nursing infants of mothers taking caffeine). Caffeine acts on the kidneys as a diuretic (increasing urine and urine sodium/potassium levels, and potentially decreasing blood sodium/potassium levels), and may worsen urge incontinence. Caffeine-containing beverages may increase the production of stomach acid, and may worsen ulcer symptoms. Tannin in tea can cause constipation. Caffeine in doses of 250 to 350 milligrams can increase heart rate and blood pressure, although people who consume caffeine regularly do not seem to experience these effects in the long-term.
An increase in blood sugar levels may occur after drinking black tea containing the equivalent of 200 milligrams of caffeine (4 to 5 cups, depending on tea strength and cup size). Caffeine-containing beverages such as black tea should be used cautiously in patients with diabetes. People with severe liver disease should use caffeine cautiously, as levels of caffeine in the blood may build up and last longer. Skin rashes have been associated with caffeine ingestion. In laboratory and animal studies, caffeine has been found to affect blood clotting, although effects in humans are not known.
Caffeine toxicity/high doses: When the equivalent or more than 500 milligrams of caffeine are consumed (usually more than 8 to 10 cups per day, depending on strength and size of cups), symptoms of anxiety, delirium, agitation, psychosis, or detrussor instability (unstable bladder) may occur. Conception may be delayed in women who consume large amounts of caffeine. Seizure, muscle spasm, life-threatening muscle breakdown (rhabdomyolysis), and life-threatening abnormal heart rhythms have been reported with caffeine overdose. Doses greater than 1000 milligrams may be fatal.
Caffeine withdrawal: Chronic use can result in tolerance, psychological dependence, and may be habit forming. Abrupt discontinuation may result in withdrawal symptoms such as headache, irritation, nervousness, anxiety, tremor, or dizziness. In people with psychiatric disorders such as affective disorder or schizoaffective disorder, caffeine withdrawal may worsen symptoms or cause confusion, disorientation, excitement, restlessness, violent behavior, or mania.
Chronic effects: Several population studies initially suggested a possible association between caffeine use and fibrocystic breast disease, although more recent research has not found this connection. Limited research reports a possible relationship between caffeine use and multiple sclerosis, although evidence is not definitive in this area. Animal study reports that tannin fractions from tea plants may increase the risk of cancer, although it is not clear that the tannin present in black tea has significant carcinogenic effects in humans.
Drinking tannin-containing beverages such as tea may contribute to iron deficiency, and in infants, tea has been associated with impaired iron metabolism and microcytic anemia.
Side Effects of Rooibos Tea:
As rooibos has not been studied scientifically in humans, there is no information available about its safety in pregnancy or lactation or in people with kidney or liver failure. However, it is generally considered a very safe herb, and there are no known side effects, contraindications, or drug interactions.13
At the time of writing, there were no well-known drug interactions with Rooibos.
Side effects of White Tea
* none to be found, so other than the effects of caffeine with drinking large amounts of it, no side effects could be find through a Google search
* except for the impact to your pocket book. White tea right now is much more expensive than all the other teas.
Side effect of Chamomile Tea:
If you suffer from allergies to plants of the Compositae family (a large group including such flowers as daisies, ragweed, asters and chrysanthemums), you may wish to be cautious about using chamomile at first. While there have been isolated reports of allergic reactions, causing skin rashes and bronchial constriction, most people can use this herb with no problem.