Green tea Matcha is a finely ground powder created from green tea leaves. It’s known for having therapeutic benefits and fighting many ailments. Sometimes, Matcha is touted as one of the main reasons behind the low cancer rates and long lifespan in Japan. Matcha literally means powdered green tea leaves. However, the product that is labeled and sold as ‘Matcha’ is referring to the tea leaves that are grown in the shade called Tencha. Other tea leaves, such as sencha, are ground to form a powder but this creates a different product, such as Konacha.

During China’s Song Dynasty (960 to 1279 CE), Matcha was first created by grinding dried green tea leaves of the Camellia Sinensis plant. Hot water was added to the tea leaf powder and whisked together.

Matcha was incorporated into a ritual by Buddhist monks and in the 12th century, the monks brought the tea to Japan where it became increasingly popular. It was included in the rituals in Japanese monasteries and was appreciated by everyone from aristocrats to everyday citizens. This was when the now-famous tea ceremony was first formed.

Green tea leaves are used to make Matcha and on its own, green tea renowned for having many health benefits. It is said to fight cancer, boost the metabolism, increase bone density, reduce the risk of gum disease, fight aging and even boost the immune system. These properties are magnified in Matcha, because the ground tea is consumed fully. This differs from regular green tea where the leaves are steeped and the healing ingredients leech into the water and are then consumed in a diluted form. Matcha has some of the highest antioxidant ratios than in any food, surpassing even blueberries and pomegranates.

Matcha has half the caffeine of a cup of coffee. The caffeine is accompanied by an amino acid called theanine. Theanine has a relaxing effect, which counteracts the caffeine so it is unlikely to cause any anxiety and can even encourage sleep and relaxation – depending on the individual.

In early spring, the Camellia Sinensis plant starts sprouting shoots. After the first shoots appear, the plants are covered with a screen to filter the light. This helps increase the Theanine in the plants, which improves the flavor.

Green tea Matcha is not a cheap form of green tea. Mainstream Matcha sells for about $20 a tin but higher grades can be 10 times as much.

The highest grades of Matcha come from the first flush of leaves at harvest time. The absolute top grade of Matcha comes from the top of the Camellia Sinensis plant at first harvest while the lower leaves have a lower grade. The lowest grade comes from the last harvest on the lower section of the plant. Even later harvests have superior leaves on top compared to the lower leaves. Matcha that has been sun-dried fetches a higher price than commercially prepared matcha leaves that are dried in a drying chamber.

When buying matcha, it is better to choose a grade that suits the purpose. High-end Matcha is best left to tea ceremonies and special occasions, while lower-grade matcha works fine in cookie recipes or ice cream.

The uses for matcha are only limited by each individual’s imagination and personal taste. 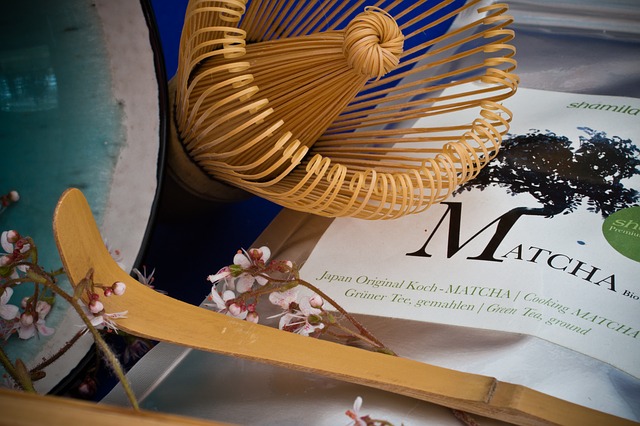